Camouflage: 100 Masters of Disguise from the Animal Kingdom (Hardcover) 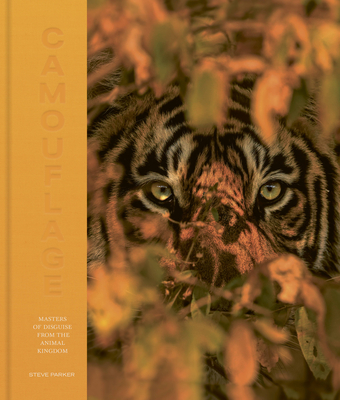 Camouflage: 100 Masters of Disguise from the Animal Kingdom (Hardcover)

Email or call for price

Camouflage is essential to surviving in the wild. Both a built-in defence mechanism and a cunning tactic for attack, this biological advantage helps animals hide from dangerous predators and catch unsuspecting prey. It is used in many different ways, primarily to mask one’s identity, movement or location, and changes over time as animals evolve and adapt to live.

This stunning photographic collection reveals 100 camouflaged creatures from around the world paired with fascinating insights from leading UK zoology author Steve Parker. Each elusive animal will have a profile of 300 words paired with striking photographic examples featuring a wealth of colour and ingenious camouflages. Examples include:

THE GIRAFFE is the world’s tallest mammal yet it remains tricky to detect among trees thanks to its spots. The spots also help to regulate their temperature.
THE OCTOPUS can change its opacity, colour and pattern in response to threats.
THE WALKING LEAF INSECT has evolved a strikingly similar shape and colour to the leaves it eats.
THE ARCTIC FOX changes its fur colour to white in the winter, perfectly blending in with the snow – but climate change is disrupting this age-old adaptation.
THE TURTLE uses colour and pattern to camouflage on sand, rocks and the ocean floor to escape its predators.

STEVE PARKER is an award-winning science author for children and adults. After gaining a degree in Zoology and working at the Natural History Museum, Steve moved into educational publishing and has now written more than 300 titles. He is a Senior Scientific Fellow of the Zoological Society of London.