Laurie Keller signs her new book, Pluto Gets the Call and 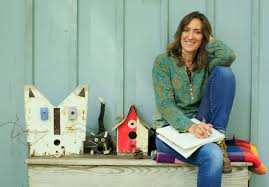 Laurie Keller is the bestselling author-illustrator of many books for kids, including Do Unto Otters, Potato Pants!, The Scrambled States of America, and the Adventures of Arnie the Doughnut chapter book mystery series. Growing up in Michigan, Laurie always loved to draw, paint and write stories. She earned a B.F.A. at Kendall College of Art and Design, then worked at Hallmark Cards in Kansas City as a greeting card illustrator for seven years. Laurie loved living in NYC, but she returned to her home state, where she lives in the woods along the shores of Lake Michigan. 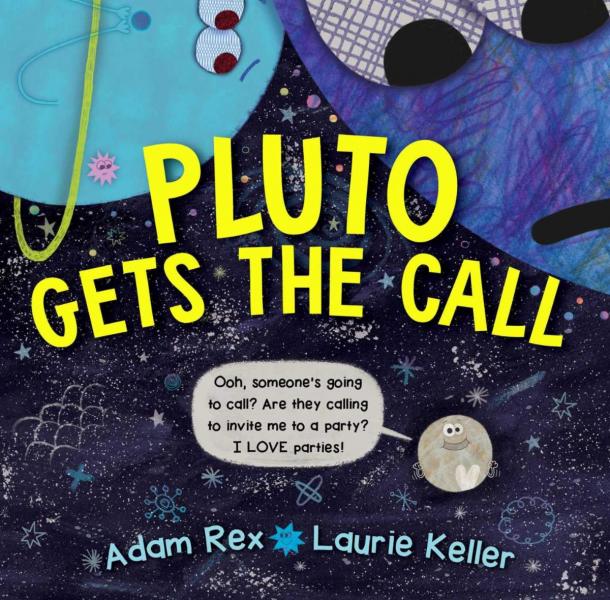 Pluto loves being a planet. That is, until the day he gets a call from some Earth scientists telling him he isn't a planet anymore! You probably wanted to meet a real planet, huh? So, Pluto takes the reader on a hilarious and informative journey through the solar system to introduce the other planets and commiserate about his situation along the way. Great for budding scientists ages 3-8.

the author of A Unicorn Named Sparkle, Sparkle's First Christmas, and A New Friend for Sparkle . She trained as a fine artist at Yale and received an MFA in painting from Indiana University. She then went on to earn a law degree from Harvard and worked as a lawyer for several years. She now lives in Michigan and devotes herself full time to writing and illustrating. 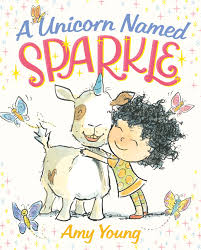 When Lucy sees an ad in the newspaper for a unicorn, she sends in her twenty-five cents and waits four to six long weeks for her very own unicorn to arrive. But when Sparkle arrives, his ears are too long, his horn is too short, he smells funny--and oh, he has fleas. Lucy isn't pleased, but in the end she warms up to Sparkle and realizes that even though he wasn't exactly the unicorn she wanted, he might be just the one she needs.

Thanks for supporting us this holiday season and we can't wait to see you in the new year and new decade!

Winter Favorites- Hear the staff of Forever Books share reviews of their favorite new books for the season!

-20% off entire purchase that evening

Reservations Reqested. Please call or email the store to save your seat!